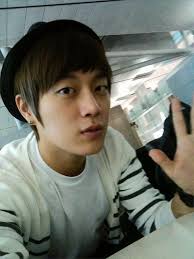 Fun facts:
– He was born in Goyang, South Korea
– He is a former JYP Entertainment and was almost a member of either 2AM or 2PM but he was eliminated
– He once won an award for his neat handwriting
– He was ranked top as the male celebrity with a good body figure
– He does not believe in quitting after a failure
– When the comedy MV version of Mystery came out, people praised him for his skill as an actor
– Big Bang inspired him to become a singer
– He won third place in JYP audition

Fun facts
– He was born in Suncheon, Jeollanam-do, South Korea
– He is a former YG trainee, and he was supposed to debut with BIGBANG, but he was dropped by the record label
– He is in the group Trouble Maker along with fellow label mate HyunA of 4Minute
– He likes attention from fans
– He likes junk food
– During their debut days the member’s mission was to make Hyunseung gain wait
– He speaks with eye contact with his fans
– If you meet him in the waiting room he’s always eating something
– He likes to wear scarves and neckwear
– He loves to mix-match classic and sporty clothes together
– He said he could entrust Yoseob with his younger sister since Yoseob has the least interactions with women
– Seo Taji and Boys inspired him to become a singer
– He wanted to get a tattoo when Jun Hyung was getting his but the company wouldn’t allow him
– When he is stressed he wants to be left alone
– He thinks Doo Joon is very charismatic

Fun facts:
– He was born in Seoul, South Korea
– He was once a member of boy band “XING”
– He has been featured on many songs such as HyunA’s “Change”, G.NA’s “I’ll Back Off So You Can Live Better”, Young Jee’s “Crazy, That’s What Love Is”, Navi’s “Go Again”, and Wheesung’s “Words That Freeze My Heart”
– Each member has a different color toothbrush so he likes to rearrange them according to the rainbow
– He makes sure there is enough shampoo to be used weekly and makes sure they never run out of shaving cream
– Second laziest to get out of bed
– He looks up to G-Dragon the most
– He always wants to be with the members, was said that he can’t be separated from them for more than a week
– He originally specialized in B-Boy but after dislocating his shoulders the 3rd time he switched to popping
– Instead of singing in the shower, he raps
– He nags while he cleans
– He’s the member that hates losing the most
– He composes the raps parts in some of their songs and composed the song “Freeze” on their first album

Fun facts:
– He was born in Seoul, South Korea
– He is a former trainee of JYP Entertainment and M Boat Entertainment
– He is a high school friend of Kikwang
– He is a former back up dancer for Kikwang
– He did a song with B.A.P’s Bang Yong Guk called “I Remember”
– He has a habit of beat boxing while sleeping
– He use to wake up Junhyun by standing by his bed, singing and dancing to Hyunah’s song “Change”
– During primary school his parents were called to school has he exposed the fact that his teacher was wearing a wig
– When he was about to fall down on stage he grabbed Doo Joon’s pants, pulling them down and revealing his underwear
– He likes to act like the maknae
– He was in a metal band in High School

Fun facts:
– He first debuted as a solo singer and went by the name AJ, he was known as the next Rain
– In 2009 he opened up for Lady Gaga at her Korean showcase
– He is a former trainee of JYP Entertainment
– He was in A Pink’s MV “I Don’t Know”
– He was in Ailee’s debut MV “Heaven”
– The members told him not to do any adlibs and instead rip his clothes on stage
– He is allergic to seafood
– He jokes around saying he wants to marry Hyunseung
– He is the most gullible
– He won a poll in “Which star’s short figure is the most charming”

Fun facts:
– He was born in Busan, South Korea
– He can speak Korean, English, and Chinese
– He is a former JYP Entertainment trainee
– He was the last member to be added to BEAST
– Teased jokingly by fans for looking Thai
– Ideal type is a girl with naturally long hair and a compatible personality
– Friends with Mir (MBLAQ) and Key (SHINee) and the rest of the 91 Line
– Was the mood maker of his class
– He carries around his fan letters
– He likes to read a lot
– His hero is his dad and Wolverine
– He’s a big fan of Once Piece’s Chopper
– He has a low self-esteem even though he calls himself “Male God”
– He says he is the captain of the 91 Line but he gets bullied around a lot and treated like a baby
– He’s very clumsy
– Despite his appearances he is pretty immature and silly
– He’s a big fan on Wheesung and he was the one who inspired Dongwoon to become an idol
– He was chosen as the member who has the best relationship with everyone
– Admitted he felt like he is the loneliest member in the group

Facts:
–She was revealed through Japanese PV of Beast’s Shock  teaser
-She was born in Chungcheongnuk-do, South Korea
-She has one older sister, and one younger sister.
-She was in BtoB’s music video “Insane”
-Has been practicing Hapkido for 8 years
-In the MV for BEAST’s Japanese version of ‘Breath’
-Auditioned for JYP Entertainment in 2009

Facts: –She is the girl in Beast’s MVs; Shock, Breath & Stop Being Mad At Me
-She would like to improve her badminton-playing skills in order to be very good at it
-Learning Chinese
-Friends with After School’s Lizzy

-She can speak Chinese and English
-She’s good at impersonations 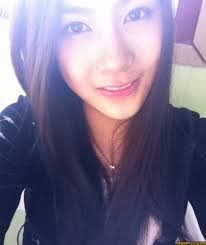 – She was only a trainee for 6 months

-Gets emotional when it comes to family

-She is a former member of the Wonder Girls

-Released her first solo single in 2010

– Was in the group Orange before debuting with 4minute